Before the introduction of Security Gateway Modules, non-OEM diagnostic tools could access all diagnostic information within a car. This raised significant concerns in relation to security and as a result, new technologies have been introduced to address this issue. Specifically, Security Gateway Modules have been rolled out because they offer increased levels of security and greater reliability.

Within the Security Gateway Module, the vehicle’s network is divided into two distinct parts; there’s a public network and a private network. The only data that exists on the public network includes the data link connector and the telematics unit. All of the other data that the car sends and received is stored in the private network and can only be accessed using a form of authentication. Currently, accessibility using authentication is only available on Chrysler models through the Chrysler servers.

When this data is accessed, a series of diagnostic tests can be carried out remotely from the Chrysler server using a secure internet connection. While data from unauthorised cars can still be accessed, tests cannot be undertaken.

The more society relies on technology to power our homes and increasingly our cars, security is becoming a major concern amongst car owners and specifically how car systems can be accessed and used to the detriment of the driver. Modern car security systems such as the Security Gateway Module act as a protective firewall to safeguard sensitive systems and data.

Any aftermarket tool that had unauthorised access to a car network could only access limited amounts of data, unlike the previous non-OEM diagnostic tools which could access the entire diagnostic system.

As more people want to repair things that they own, legislation presented by the EU ensures that products such as cars can be repaired. The legislation also covered issues associated with greenhouse gases and how they are a product of the overproduction of diagnostic and repair tools.

While repair technicians will continue to retain the market share of car maintenance and repair, OEM parts and manuals will be available exclusively to professionals in the industry. In turn, this will stimulate growth in the repair market. Legislation in relation to the diagnostic tools will be implemented in April 2021.

While there are often initial worries from potential buyers about OEM diagnostic tools, copying these tools is almost impossible. This is due to the implementation of 128-bit encryption which uses an AES (Advanced Encryption Standard) algorithm, considered to be an unbreakable security feature. This algorithm deploys a 128-character encryption key which protects the system from unauthorised access. It is widely recognised as one of the most secure ways to encrypt data particularly when using cloud-based servers to store and retrieve information.

The diagnostic industry has a bright future, but it is one which doesn’t feature non-OEM diagnostic tools. As already mentioned, the 128-bit encryption element of the Security Gateway Module offers an advanced layer of security making the systems more secure than ever before.

As the Security Gateway Modules continue to evolve and the security gets better as technology improves, this will only generate increased demand for OEM diagnostic tools. Businesses who fail to incorporate these new tools into their repair and maintenance services may fall behind in terms of offering customers the technology that they need. This won’t just cause problems for the customer, it may ultimately impact sales.

It is therefore important that all businesses adapt to these technological advancements, not only so they can enter niche markets, but so they can thrive and compete in a marketplace where there is an increasing reliance upon technology. Learning to live with and eventually love EVs – By a massive petrol head. 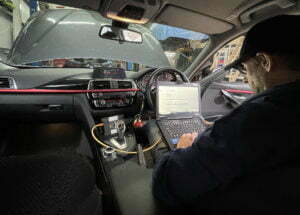 This website uses cookies to improve your experience while you navigate through the website. Out of these cookies, the cookies that are categorized as necessary are stored on your browser as they are essential for the working of basic functionalities of the website. We also use third-party cookies that help us analyze and understand how you use this website. These cookies will be stored in your browser only with your consent. You also have the option to opt-out of these cookies. But opting out of some of these cookies may have an effect on your browsing experience.
Necessary Always Enabled
Necessary cookies are absolutely essential for the website to function properly. This category only includes cookies that ensures basic functionalities and security features of the website. These cookies do not store any personal information.
Analytics
Analytical cookies are used to understand how visitors interact with the website. These cookies help provide information on metrics the number of visitors, bounce rate, traffic source, etc.
Functional
Functional cookies help to perform certain functionalities like sharing the content of the website on social media platforms, collect feedbacks, and other third-party features.
SAVE & ACCEPT
Powered by